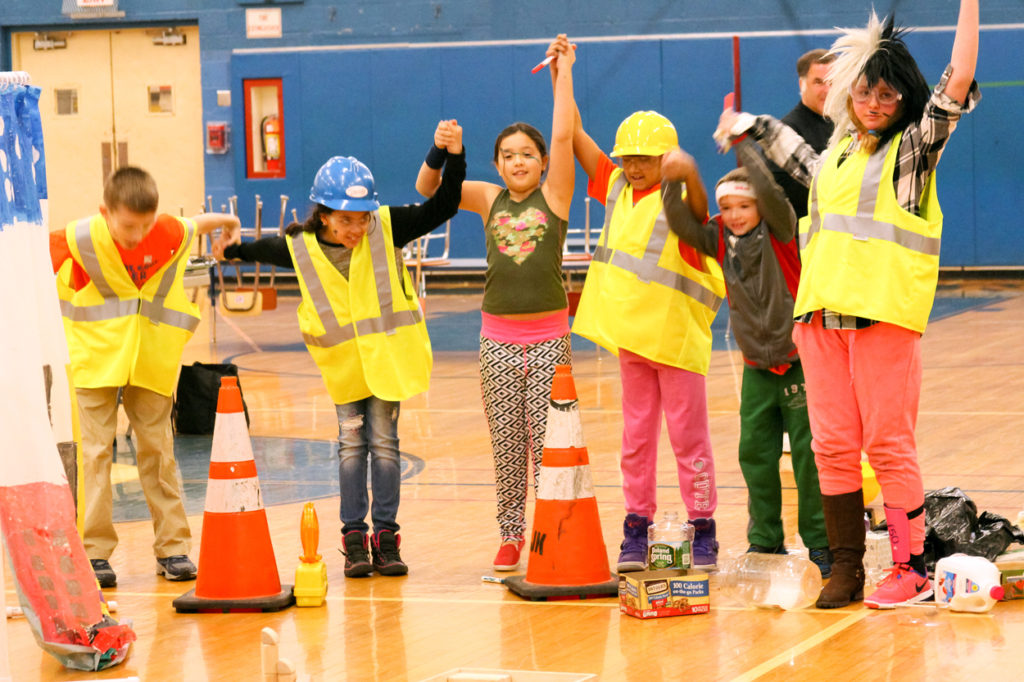 A team from Catskill Elementary School is heading to states after their stellar performance at the Region Four Odyssey of the Mind Tournament hosted March 25 at Coxsackie-Athens CSD.

Coordinated locally by Questar III BOCES, Odyssey of the Mind is an international educational competition that encourages students to use their imaginations and work as a team to solve problems. The students performed creative skits they developed to demonstrate their solutions to open-ended problems put forth by the competition. Teams were judged on their unique solutions to the problems as well as their teamwork, creativity, and ability to think outside the box.

Catskill Elementary School took first place in the Division I “Ready, Set, Balsa, Build!” problem. In this challenge, our students designed, built, and tested a structure made only from balsa wood and glue, done as part of a performance with the theme of “using what’s available.”

CES had two other teams that competed in Odyssey of the Mind as well, one competing in the “To Be Continued: A Superhero Cliffhanger” problem and one in the “It’s Time, OMER” problem. Both put in strong performances.

Congratulations to all our students who participated in this enriching event, and to our team headed to the state tournament!