CHS is headed to states after their stellar performances at the Region Four Odyssey of the Mind Tournament hosted March 25 at Coxsackie-Athens CSD. 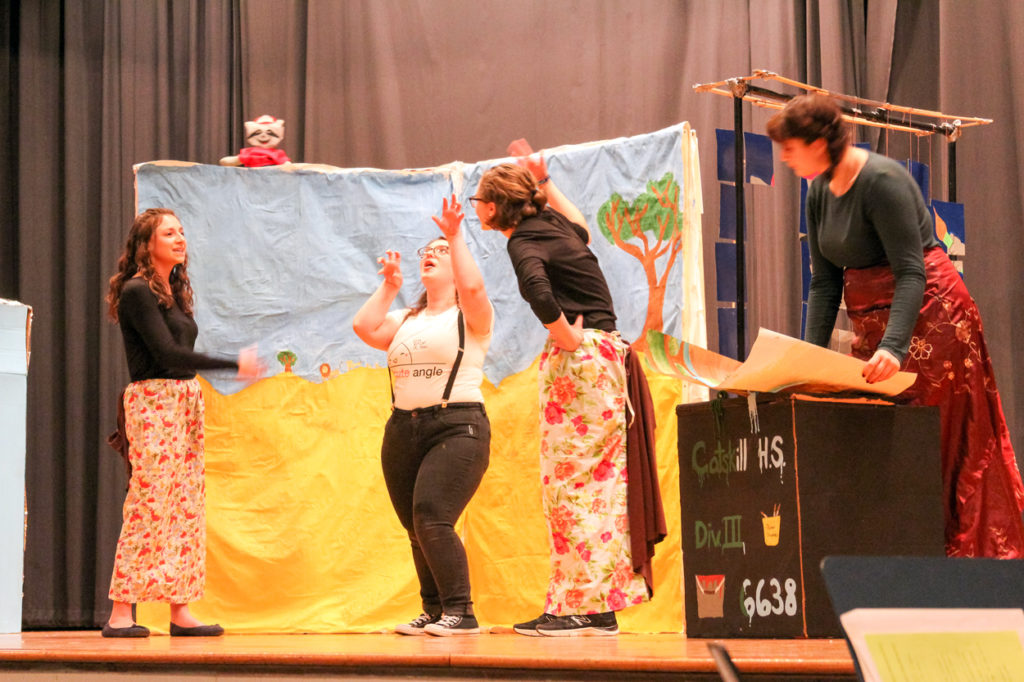 Coordinated locally by Questar III BOCES, Odyssey of the Mind is an international educational competition that encourages students to use their imaginations and work as a team to solve problems. The teams performed creative skits they developed to demonstrate their solutions to open-ended problems put forth by the competition. Teams were judged on their unique solutions to the problems as well as their teamwork, creativity, and ability to think outside the box.

Catskill High School took first place in the Division III “It’s Time, OMER” problem, where they were tasked with creating an original performance about time travelers looking to discover the inspiration behind great works of art, both from the past and the future.

Additionally, a team from Catskill High School took home a second place medal in the Division III “Odd-a-Bot” problem, for which the team was tasked with creating and performing a story about a family that brings home a robot that can only learn from watching others, with hilarious results.

Catskill High also took second place in the Division III “To Be Continued: A Superhero Cliffhanger” problem, where students presented a humorous performance about a superhero whose mission in life is to save society from losing its creativity.

Congratulations to all these teams. At Catskill Central Schools, Cats Can!