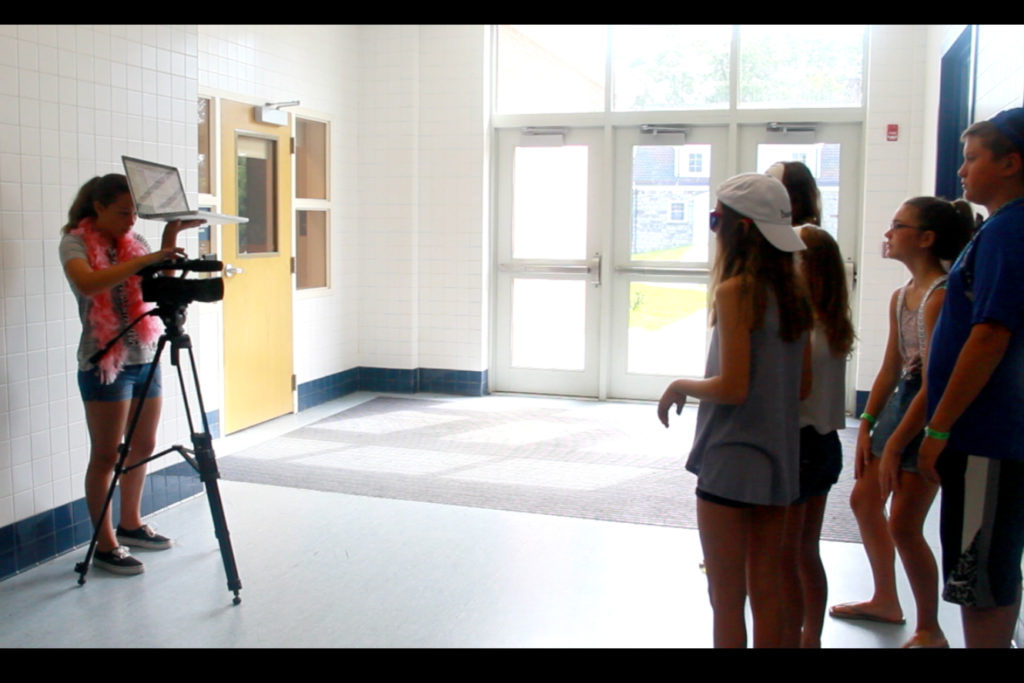 Throughout July, 50 students from 5th grade up through high school participated in the Media Camp, during which time they wrote, developed, shot, and edited their own short films using the school’s digital video equipment and state-of-the-art media production studio.

Broadcast news production is also a focus of the camp, with the campers producing a weekly video news show “Cat Chat” that highlights events and happenings around the school district. You can view “Cat Chat” anytime this summer on our website’s homepage.

You can learn more by watching the video below.