Catskill High School honored area veterans with its annual Veterans Day Assembly, held this year on November 9th in the school’s auditorium. During his opening remarks, our Superintendent of Schools, Dr. Cook, welcomed the veterans to Catskill High and recognized them for their service. In the audience were local men and women, many of them Catskill graduates, who represented service in the armed forces from World War II up to active duty, about thirty veterans in total. Joining the student and staff presenters on stage were active military representatives from the Army,  Navy, and Air Force.

The hour-long event included patriotic songs such as the “Stars and Stripes Forever” and “Call of the Hero’s” performed by the Symphonic Band, along with “Let Freedom Ring,” “Land of the Free,” and “A Tribute to the Armed Services” sung by choral students.

National Honor Society Vice President Reid Schindler introduced the day’s guest speaker, Korean War Air Force veteran Richard Schloss (Catskill Class of 1949), who spoke about the contributions of all who served during times of conflict, from veterans of Army, Marines, Navy, Air Force, and Coast Guard, to the National Guard and the often-overlooked Merchant Marine. “The question people ask, and I ask myself, is exactly who are veterans? Well, veterans are men and women who served in all military, and students are likely to be related to a veteran.” Mr. Schloss said. For those who may not be aware of a veteran in their family, he suggested students look back into their lineage, where most would be able to find a relative, maybe an uncle or great uncle, who served in a war. “They are just ordinary people who were either drafted or volunteered to protect this country. When I say protect, when you volunteer and they send you to an overseas assignment in a war zone, or conflict zone as they call it, your life is in jeopardy every moment of the time.” After his remarks, Mr. Schloss was pleasantly surprised when his grandson who is currently serving in the Army, Nathan Bittermann (Catskill Class of 2015) , appeared from behind the curtain to shake his hand.

Other speakers included Senior Class President Megan Davies, who gave the Student’s Message, and Wanda Traver (Catskill Class of 1952) of the Daughters of the American Revolution On-Ti-Ora chapter. Closing remarks were made by Student Government Secretary Kendall Pedersen and Mrs. Hauser, CHS Principal. After the ceremony, the school invited all veterans and students who participated in the ceremony to a reception with refreshments in the school library. 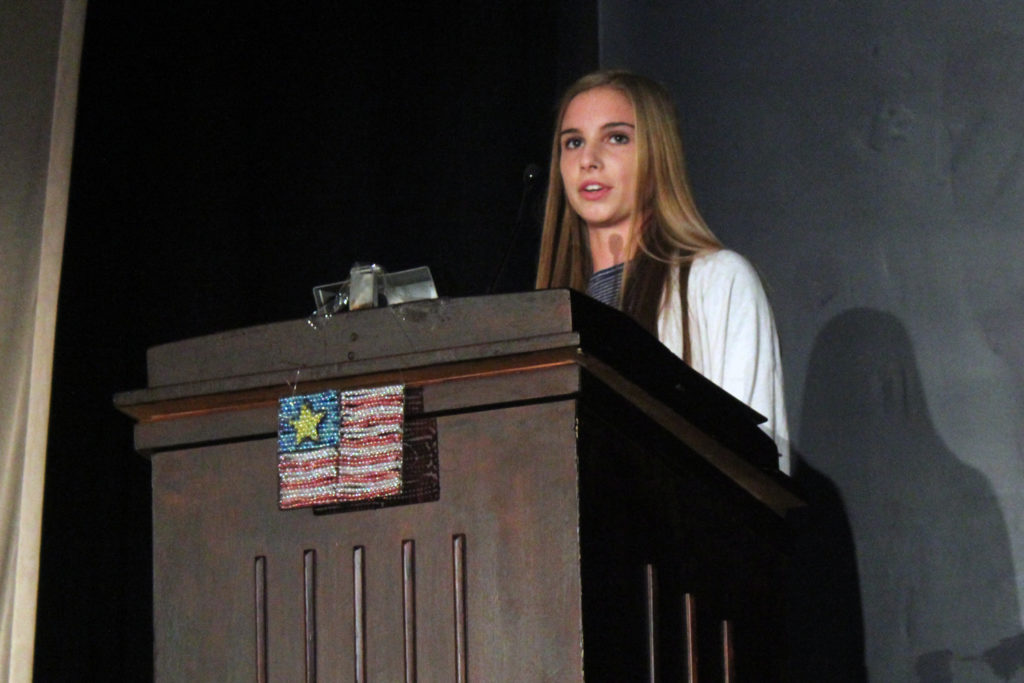 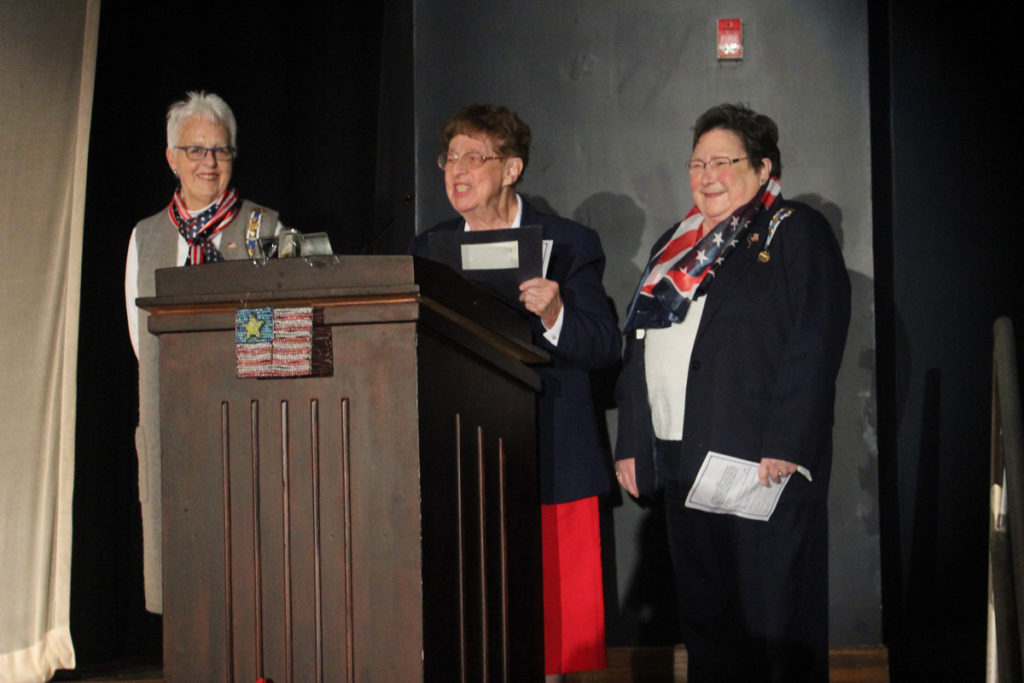 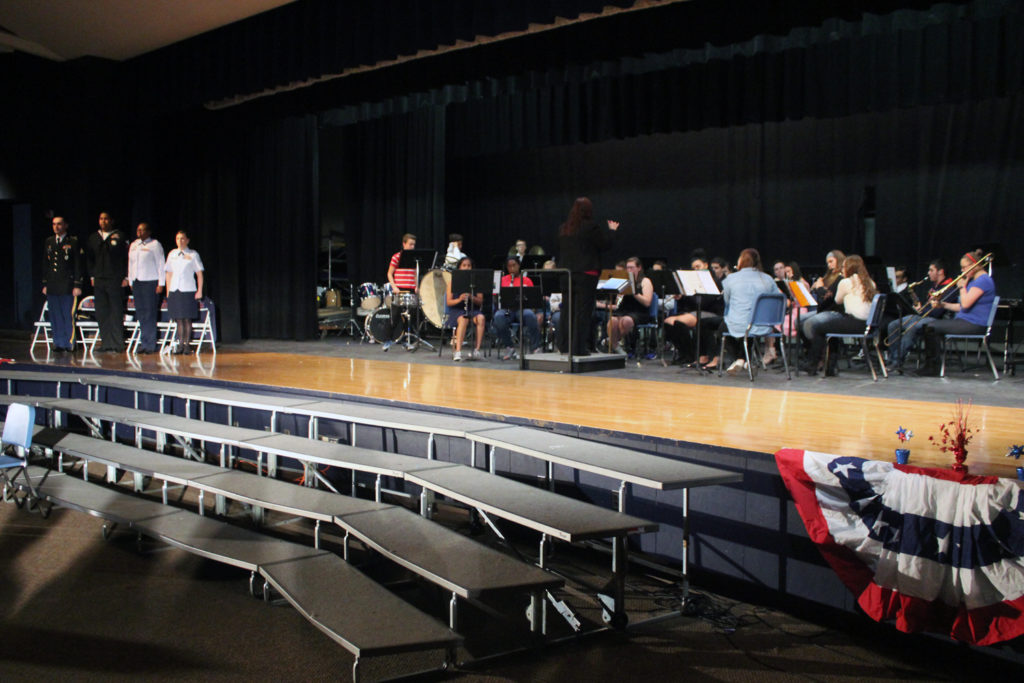 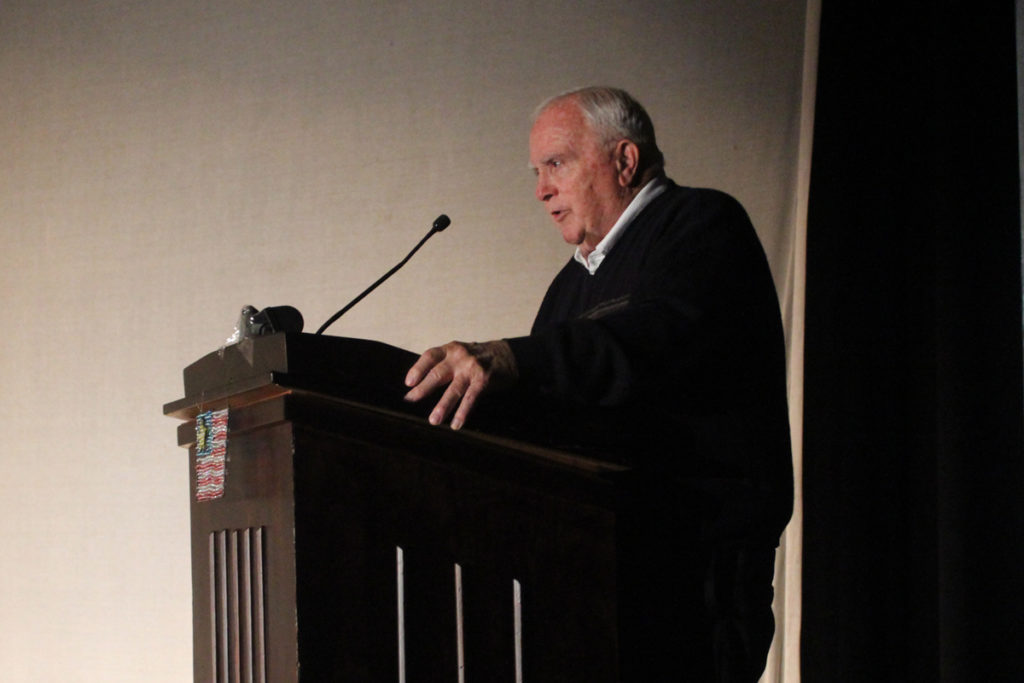 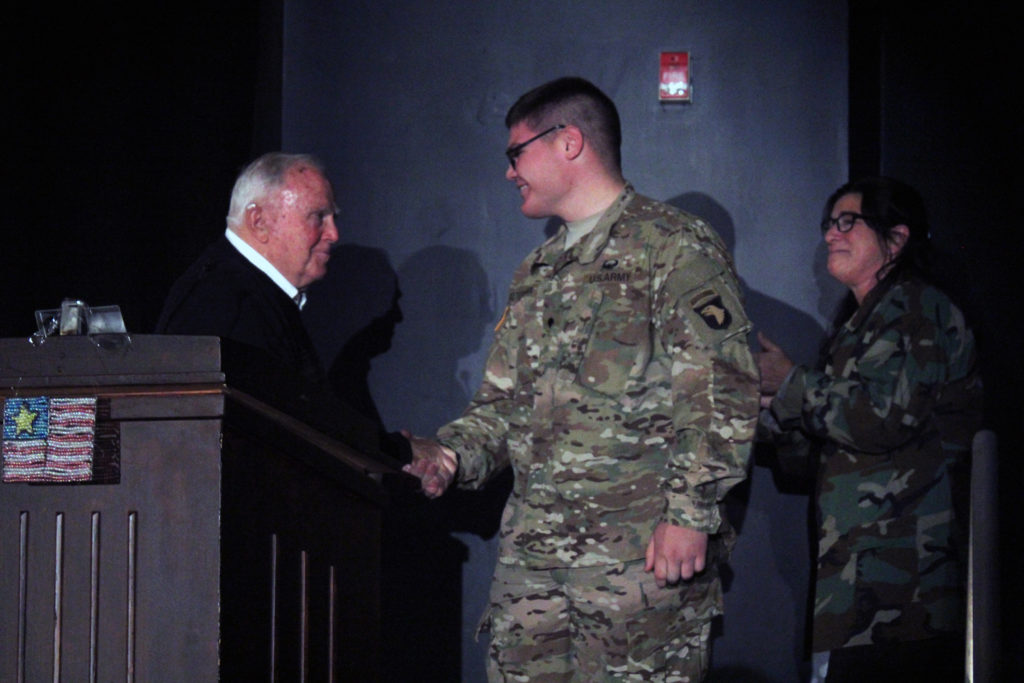 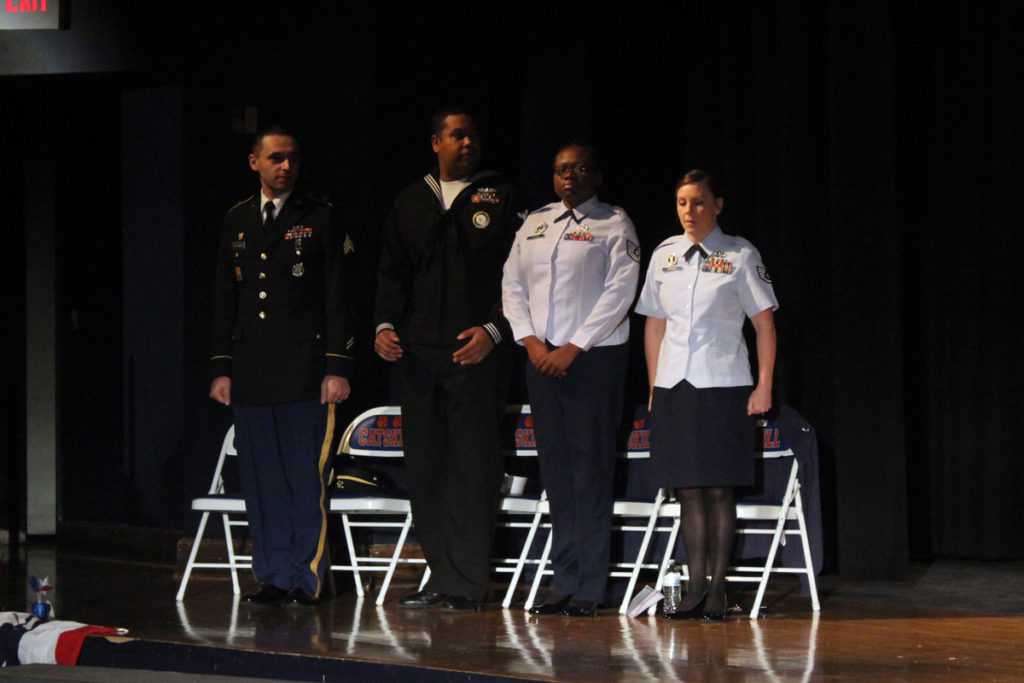