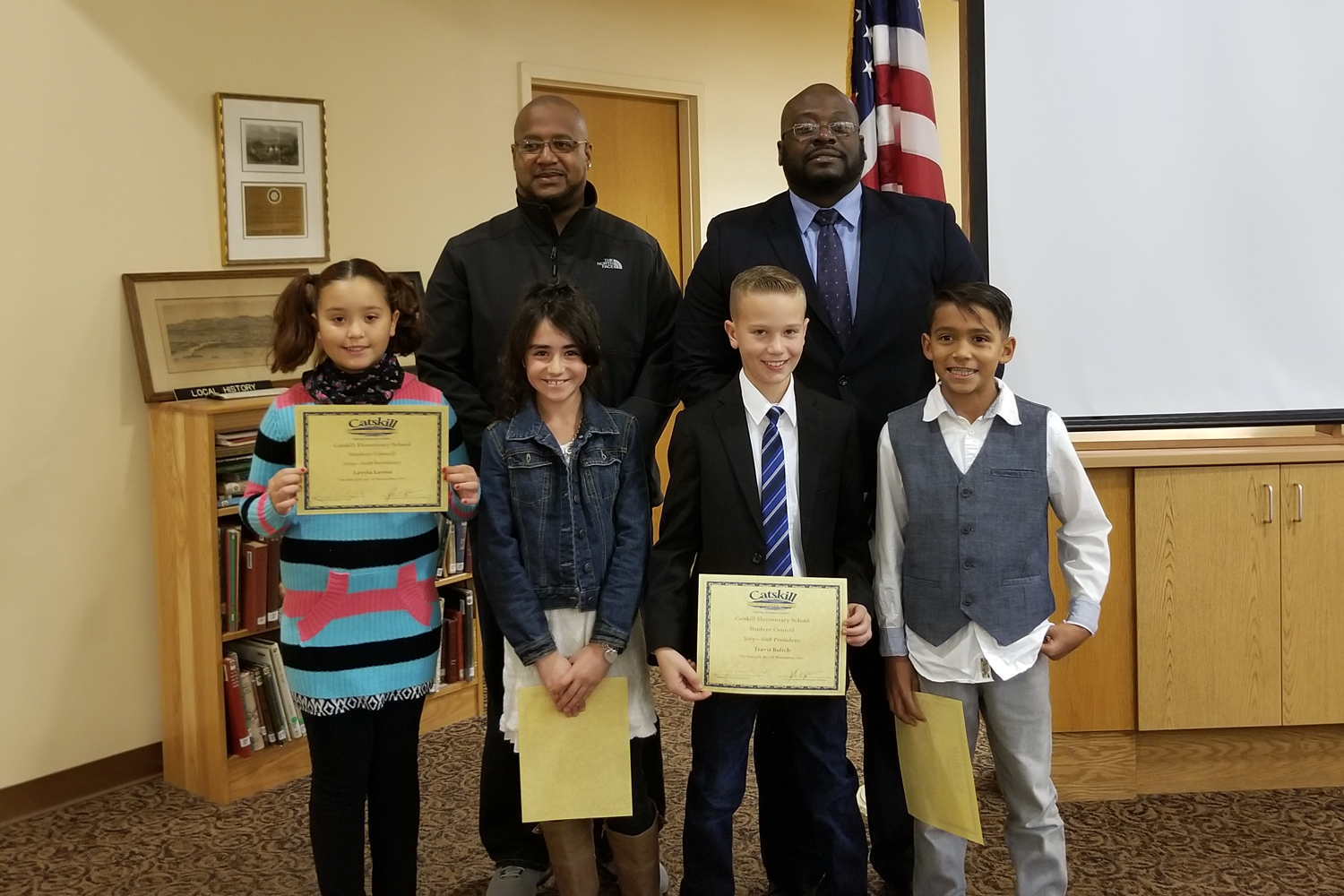 At the November 15th Board of Education meeting, the newly elected officers of the Catskill Elementary Student Council were sworn into office by Board President Kyle Lyles and Superintendent Dr. Ronel Cook. After fifth graders Travis Bulich (President), Chelsey Carlson (Vice President), Layyla Lavoie (Secretary), and Anson Deosaran (Treasurer) took their oath of office, the Board presented each with a certificate commemorating the event.

The Student Council is responsible for spearheading many positive projects both in their school and throughout our community. Each year, its membership nominates fifth grade members of the Student Council to run for office. The candidates campaign for two weeks using posters, buttons, and other electioneering tools. CES holds its election on national Election Day, during which fourth and fifth graders vote for their favorite candidates. A bit of a tradition here in Catskill, the Board of Education has sworn the election’s winners into office for the past nine years. 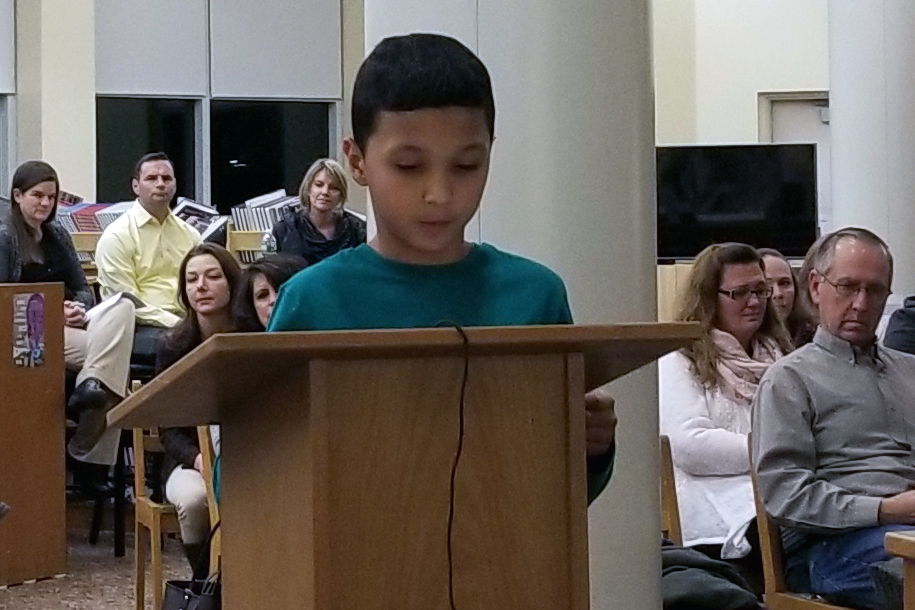 The Board also recognized fifth grader Makhai Henry for his award-winning essay “What the American Flag means to me,” which won the Greene County NY13 Blue Star Mothers’ essay contest this fall. Makhai read his essay aloud at the meeting, after which the Board presented him with a certificate of recognition for his achievement.

Also at the meeting, the CES Band performed for the Board as part of Catskill’s Board Appreciation Week.