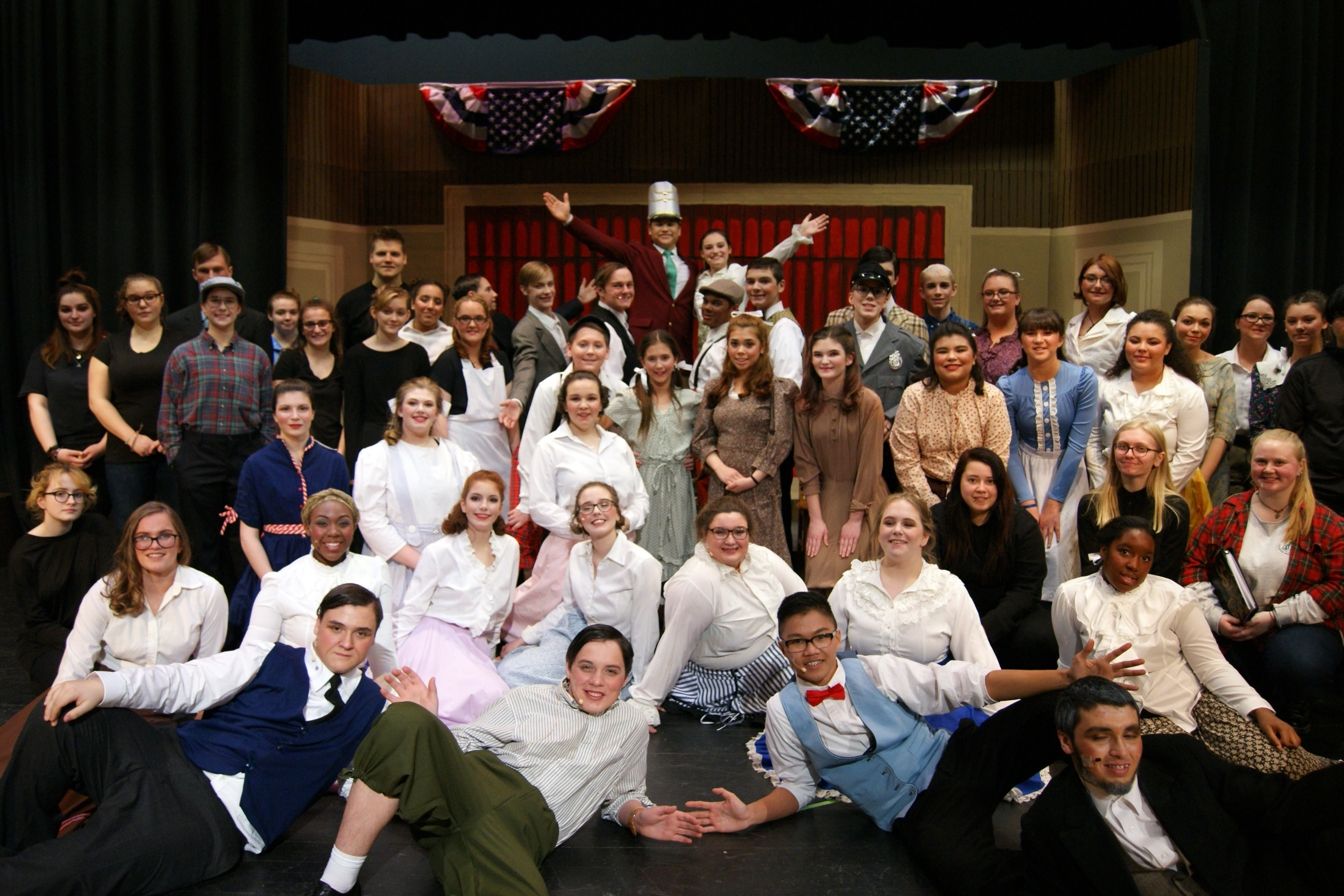 Audiences were delighted by Meredith Willson’s The Music Man as performed at Catskill High School April 20-22. The show had stunning choreography, the largest set our stage has seen, and classic songs like “Ya Got Trouble,” “Seventy-six Trombones,” and “My White Knight” performed by some of Catskill’s brightest young talent. When con man Harold Hill blew into River City he wanted only to hustle a quick buck and skip town before anyone was the wiser, but local librarian Marian saw through his phony band scam. Things got complicated when prim Marian began to fall for Harold after he helped her socially backward brother discover his voice. In the end, a long time swindler was able to find redemption in love. Licensing was provided by Music Theatre International. 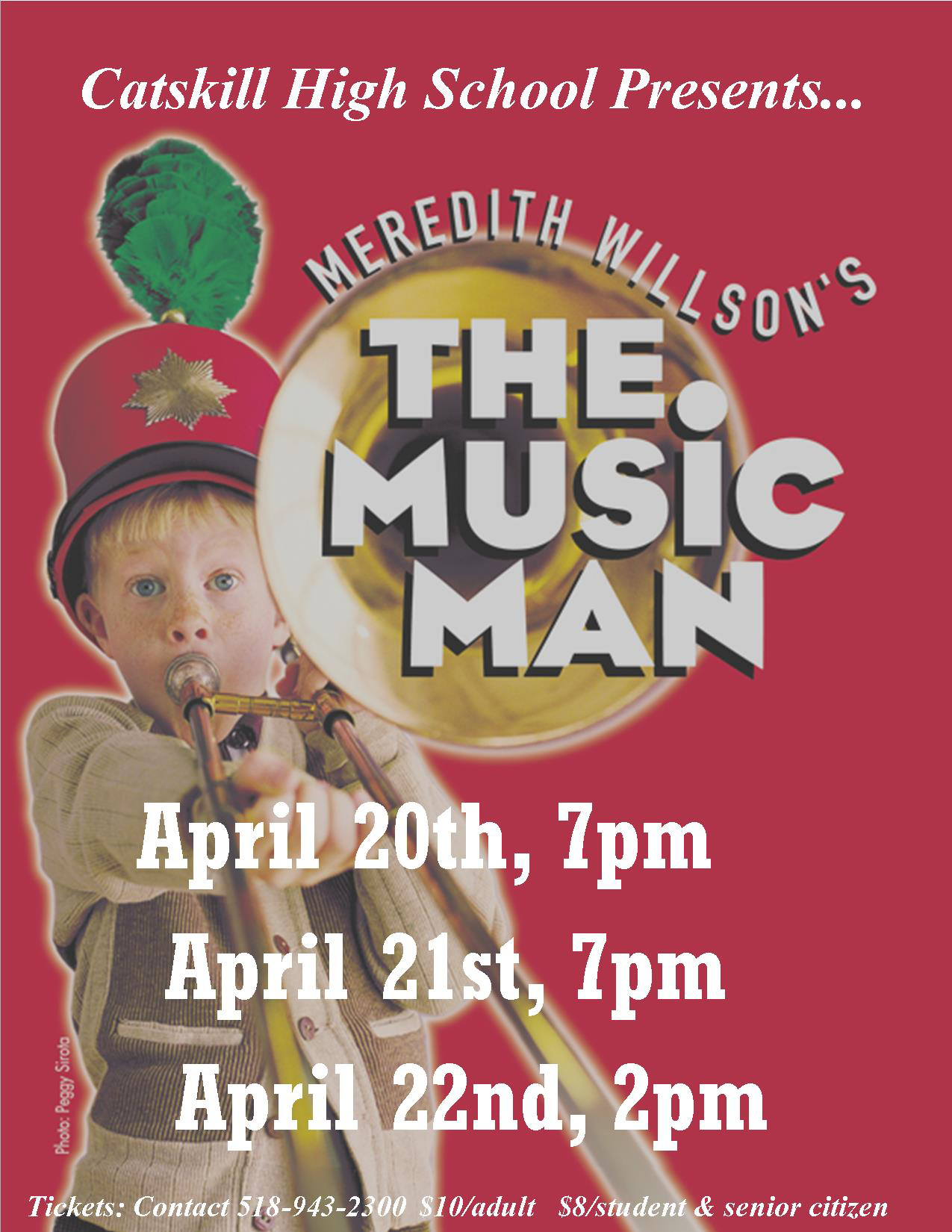