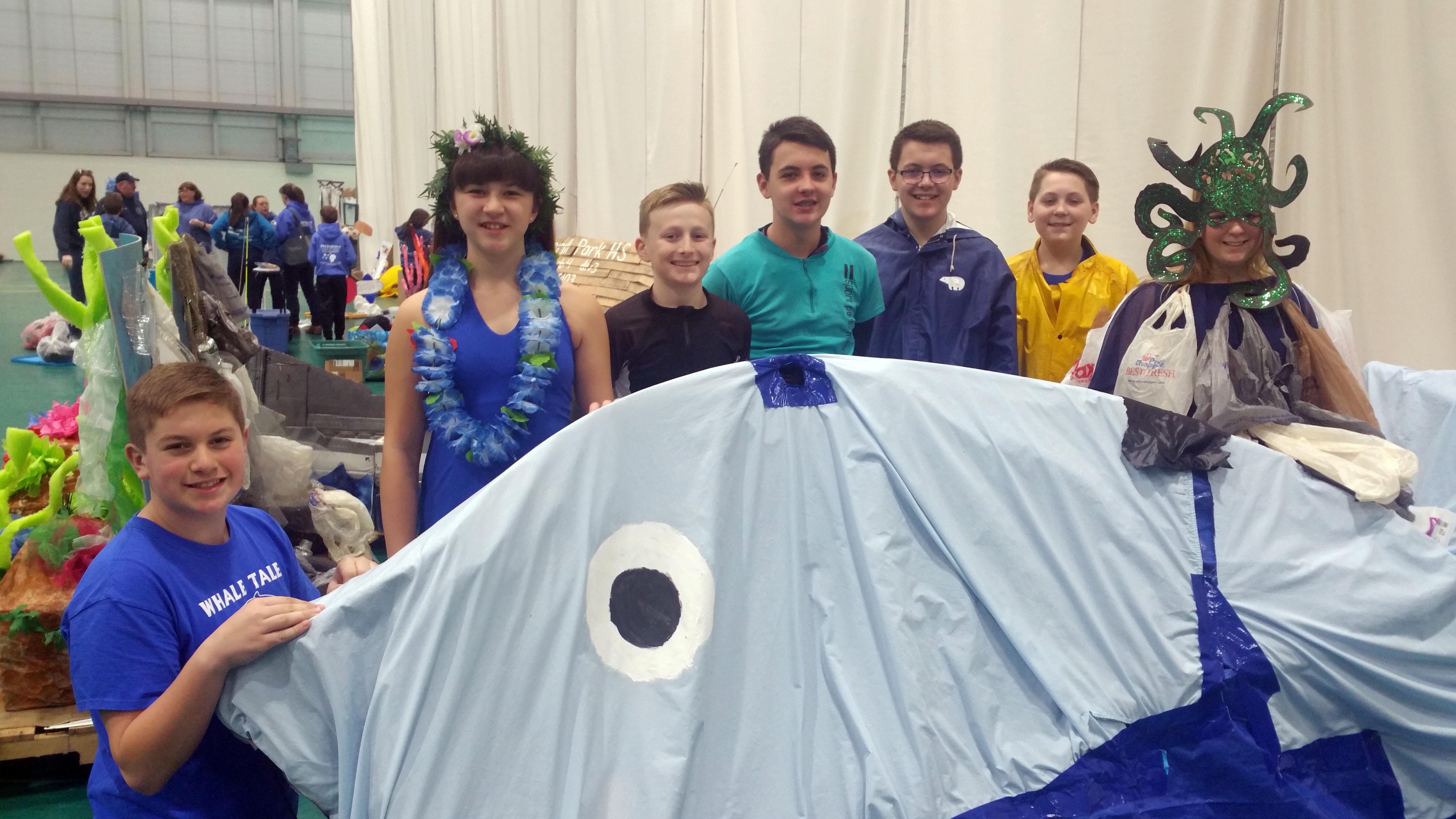 Team Whale Tale at the State Odyssey of the Mind Tournament

Once again, Catskill Middle School’s Odyssey of the Mind program has brought home tournament success. The Middle School’s Team “Whale Tale” made school history April 7 by placing second in their division at the State Odyssey of the Mind Tournament, held at Binghamton University. Their scores earned them a spot in the World Finals held May 23-26 at Iowa State University, where they placed 16th for Division II. Congratulations to sixth grader Kaitlyn McGee, seventh graders James O’Connell, Nicholas Konsul, Christopher Konsul, Joseph Konsul, Adam Konsul, and Karsen Chiminelli, along with team coaches Karen Van Wie and Kelly Konsul on their monumental victory!

Odyssey of the Mind is an international educational competition that encourages students to use their imaginations and work together to solve problems presented by the competition’s organizers. Teams were judged on their unique solutions to the problems as well as on their teamwork, creativity, and ability to think outside the box and go above and beyond throughout the competition.

Team Whale Tale competed in the competition’s #4 problem “Animal House,” which involved the team building a balsa structure & testing how much weight it held while performing a skit that involved an animal leaving home to migrate. They advanced to the State tournament after placing first in their division for this problem at the Region 4 Tournament on March 10th.

Cats Can and Cats Will! 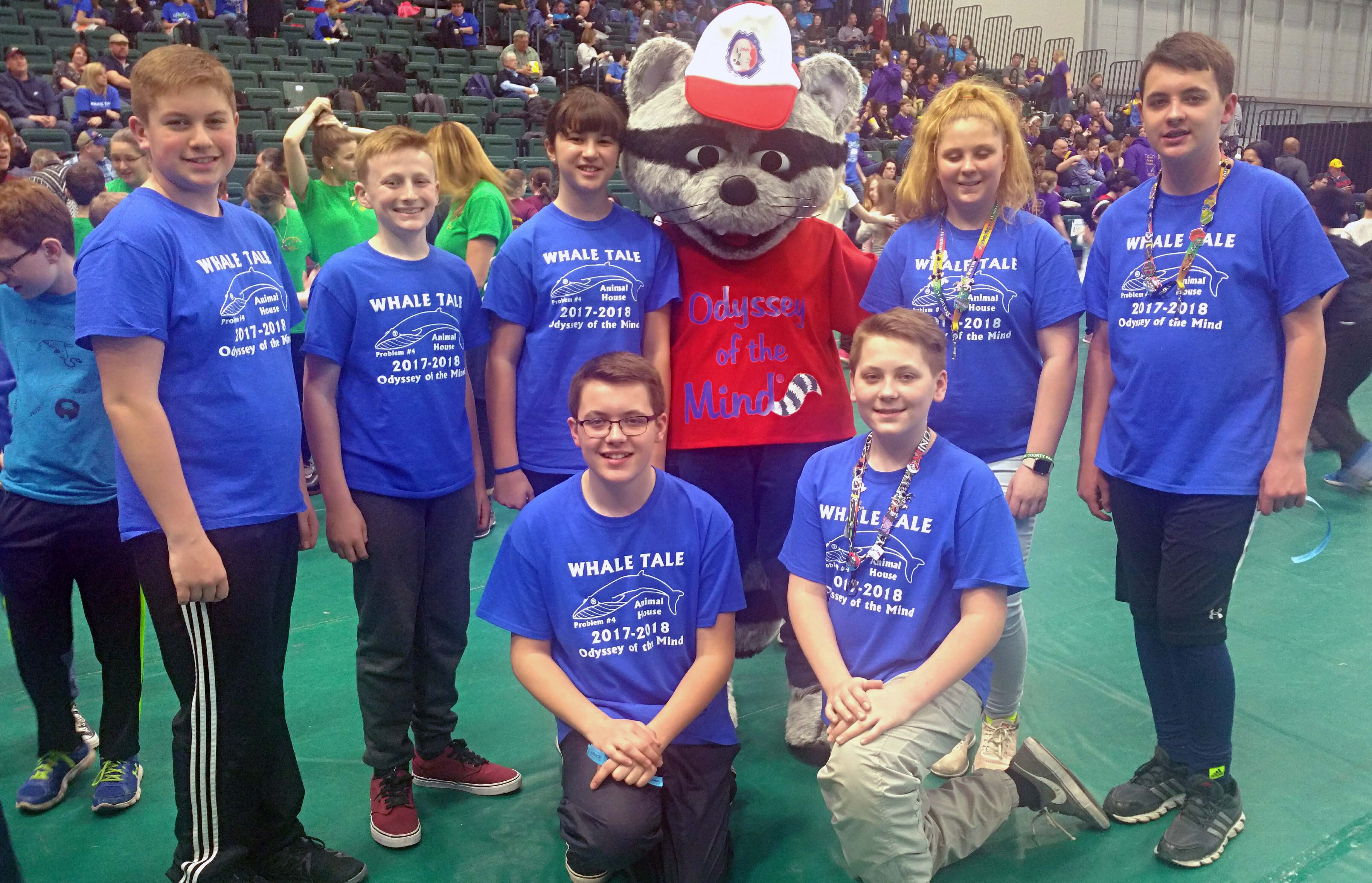 Team Whale Tale with Omer, the Odyssey of the Mind mascot.