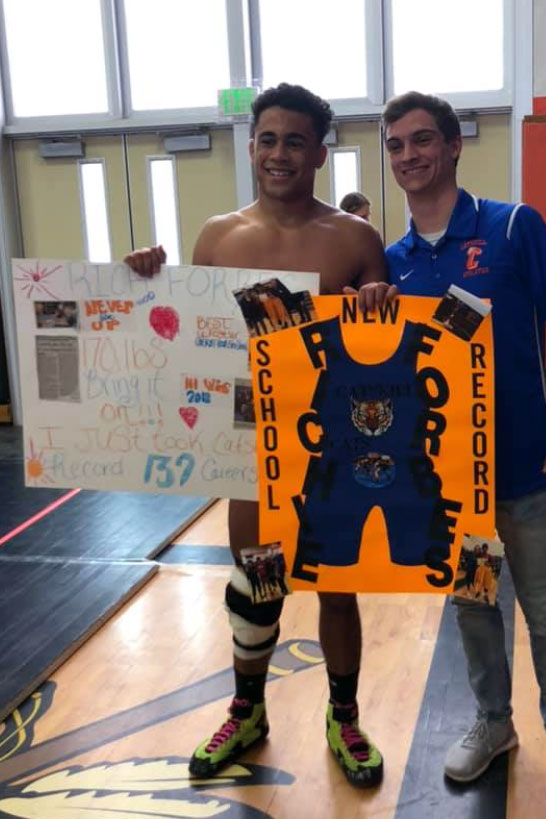 Forbes, a senior, placed first in the 170-pound class to earn his second straight sectional title. During the championship meet, he pinned four opponents to push his career total to 138 wins, surpassing our previous school record of 136 wins, set by Tyler Pavlin during his 2006-2011 career.

Ian Sutherland, also a senior, placed third in the 285-pound division, and along with Forbes will head to the state qualifier meet on February 9, 2019 at Cool Insuring Arena in Glens Falls.