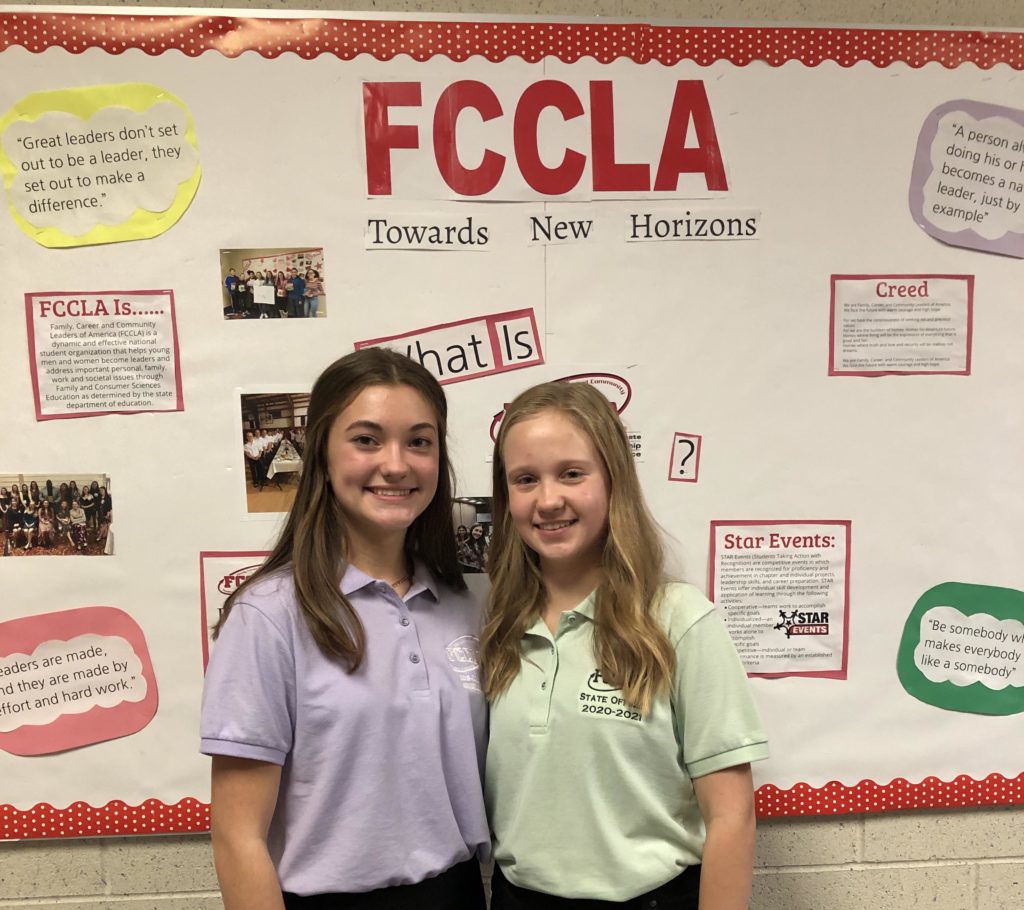 Two Catskill Family, Career and Community Leaders of America (FCCLA) members are now taking on leadership roles at their organization’s state level. This October, Kaelyn Bulich, who is a FCCLA State Officer Elect, and Madison Hallam, who is an FCCLA Junior Leader, attended the NYS Fall Planning Meeting held in Callicoon, NY. The pair learned about the roles and responsibilities of their state-level positions and participated in planning the upcoming FCCLA State Conference and STAR competition, which is a student-planned event.

Madison, a freshman, joined other junior leaders in learning how to become a state officer and what it takes to fulfill their duties. She sat in on a NYS officers meeting and, along with prepping to become the next generation of FCCLA leaders, made bracelets and planned skits to perform with the other junior leaders at the 2020 State Conference.

As part of their commitment, the pair also attended the NYS Summer Leadership Conference last July.

Catskill’s FCCLA chapter is comprised of 60 students from grades 7-12, who actively plan many activities that benefit our local community, including baking 150 loaves of bread for families in need, hosting a volunteer recognition dinner for the Department of Aging, combating tobacco use, giving out apples at Halloween, and more!