Senior DeVon Haye and head coach Doug Lampman both celebrated major career milestones during the Catskill varsity boys basketball game against Taconic Hills on January 31. Haye reached his 1,000th career point during the game, with the Cats routing the Titans 97-35. The night also marked the 300th career win for coach Lampman, whose team has been stuffing the record book this season. Haye is the second Cat to hit 1,000 this year, with teammate Lavon Fernandez reaching the milestone earlier in January. Go Cats! 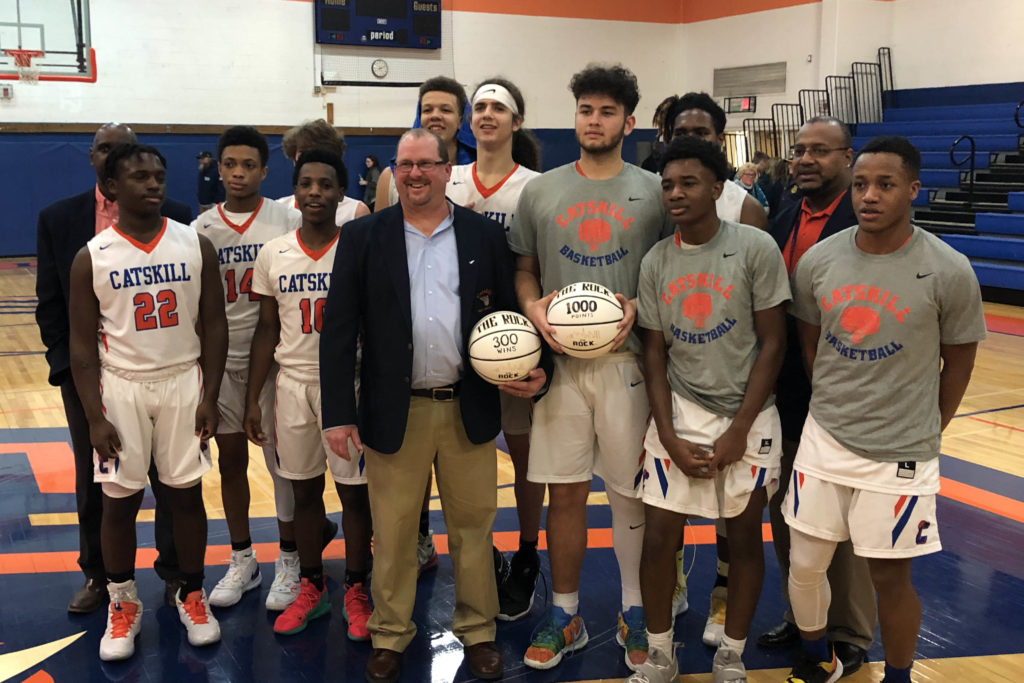 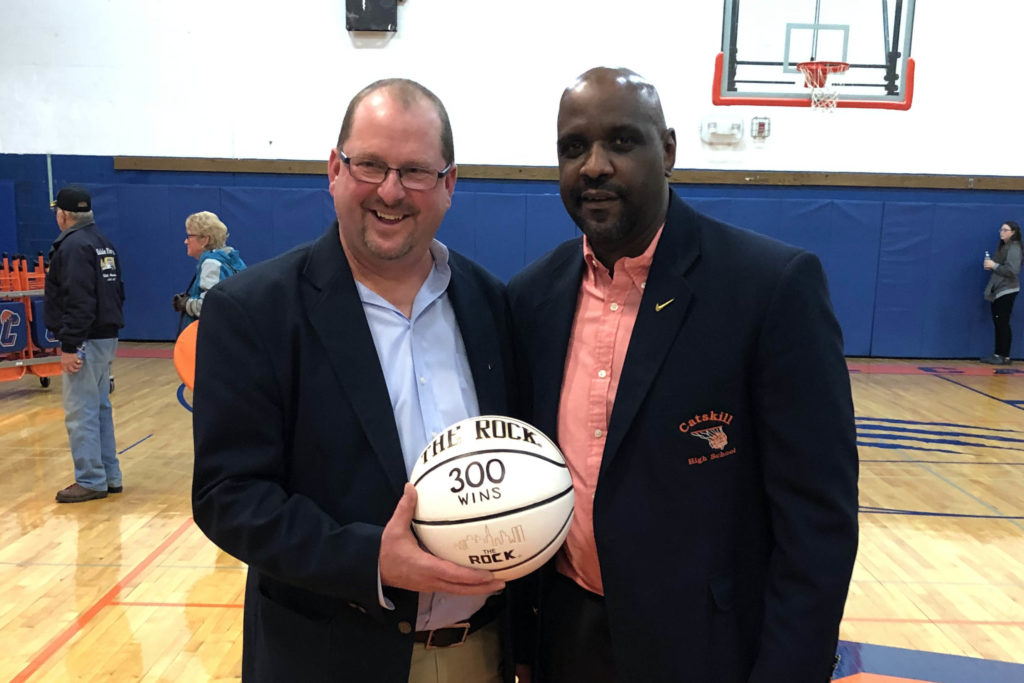