Skip to content
Mr. Hernandez’s Broadcasting Class welcomed news anchor Ed Drantch from WKBW in Buffalo. He joined the class by videoconference and told the students about his experience and how he came to be on television. Mr. Drantch was enamored with the students’ Catskill News program and offered many kudos to the class. Students asked Mr. Drantch many questions such as what the typical salary is like, what his daily job entails, and what his classes in college were like. He showed the class his “home studio” and the class was able to see how he connects with the studio from home. We thank Mr. Drantch for his time! 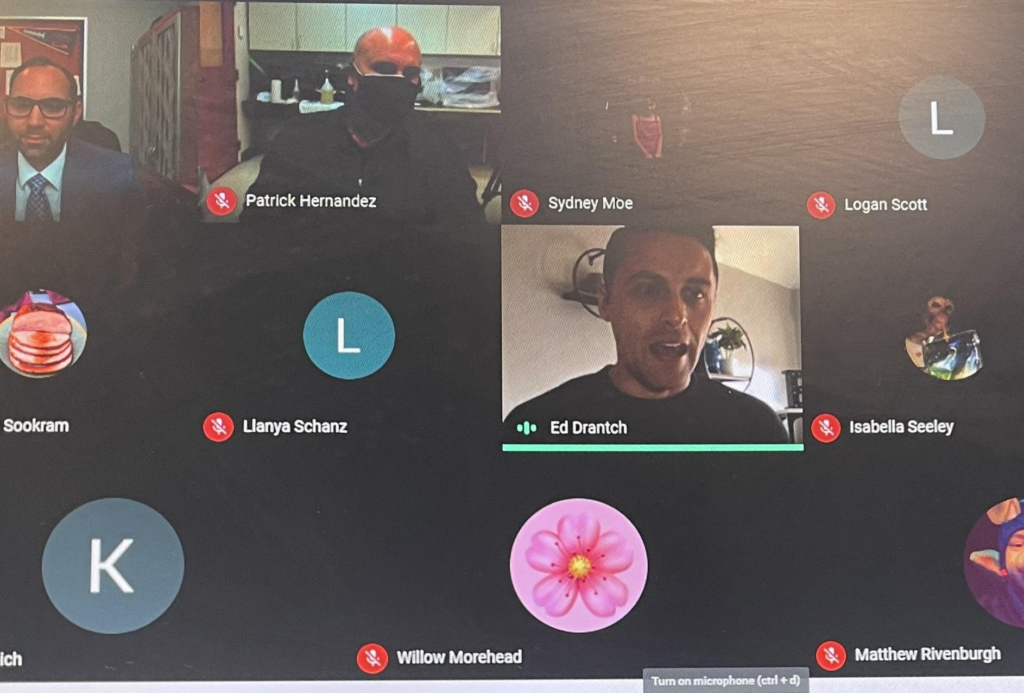