Catskill High School’s Janay Brantley celebrated a major milestone on March 5, scoring her 1,000th career point (so far!) during the Cats’ 52-24 victory over Cairo-Durham. It was the second game of her sophomore year. To mark her accomplishment, Janay was presented with a commemorative basketball  during the game.

During the Cats’ 50-39 victory over Hudson on March 13, she reached another major career milestone, passing Casey Gallagher’s record of 1064 points to become the all time leading female scorer in Catskill High School history! 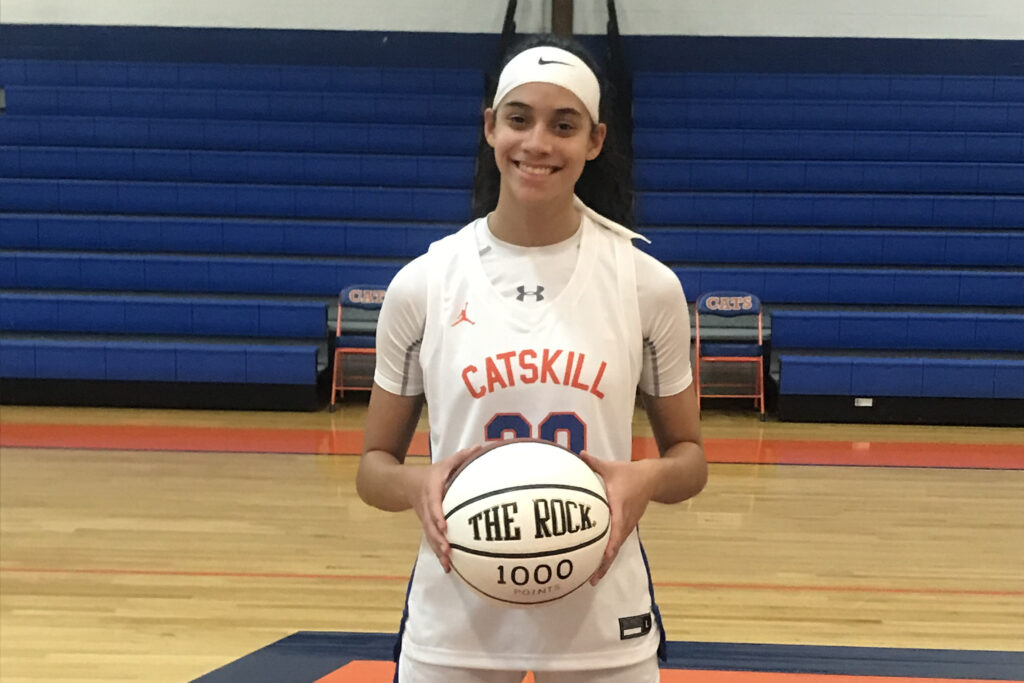