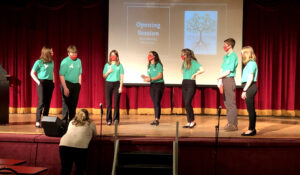 Catskill High School’s very own FCCLA chapter had several members who actively participated in the 2021 New York State FCCLA State Conference. The conference was held in-person for a small number of students on March 20 and 21 and virtually from March 24 to March 26 for all FCCLA members in NYS. For those who may not know, FCCLA (Family, Career and Community Leaders of America) is a national career and technical student-led organization. Family and Consumer Sciences education is incorporated to reach students across the U.S. Catskill’s chapter is very involved both locally and at the state level. 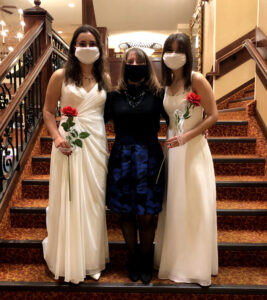 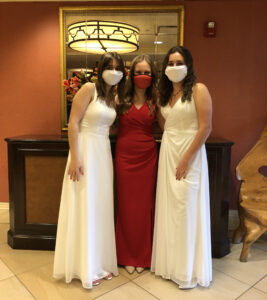 Lauren Liberti was installed as NYS President along with Emma Brown as NYS Vice President and Peer Educator. Both presented skits in the opening sessions and later attended a banquet to honor resigning officers and welcome new ones. Kaelyn Bulich finished her term as NYS VP of Finance, and also completed a Stand-Up presentation. The workshop, developed by Kaelyn and our Catskill Chapter, was aimed at teaching members how advocacy can lead to change in members’ communities. The workshop was presented virtually to the entire NYS FCCLA membership. Members got to view several keynote speakers who discussed distracted driving with a very impactful speech. 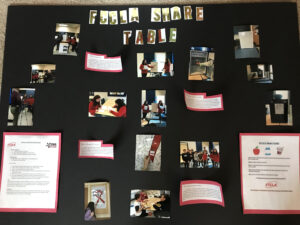 Several members in our local chapter also completed STAR projects. Students Taking Action with Recognition (STAR) Events are competitive events in which members compete at the regional, state, and national levels. Emily Allen attended as a junior leader and completed a Nutrition and Wellness STAR project. She thought that the officers and organizers did a great job making the virtual experience seem as “normal” as possible. Isabella Woods and Mia Gottesman also competed in a STAR event where they focused on reducing the waste of food in schools. Like many other members who completed a STAR event, they completed research on their topic, talked to teachers and administrators, and compiled quotes from other students. Together, they created a project about Catskill Middle School’s “Share Table.” Rachel 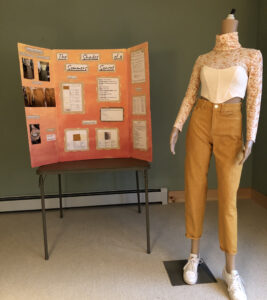 Marino competed in a Fashion Construction event and received gold. Rachel valued her STAR experience because it has helped her develop skills that will be essential in a future career, such as management and presentation skills. She also added that the positive feedback from evaluators was fulfilling after having worked so hard on a project. All competitors from Catskill FCCLA qualified to compete at the National Virtual Conference this summer.

All of the members explained they very much enjoyed the conference and are looking forward to what is to come for FCCLA in the future. Currently, officers are working to plan the Summer Leadership Conference and Nationals. If you make your way over to the Catskill News, several members spoke about their experiences at the conference. 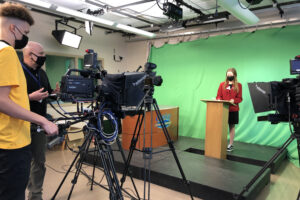 Found below is a list of members who completed a STAR event and their corresponding topic: