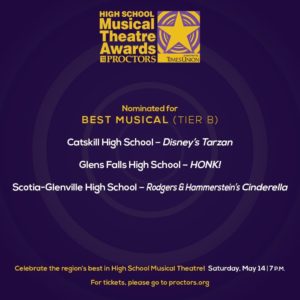 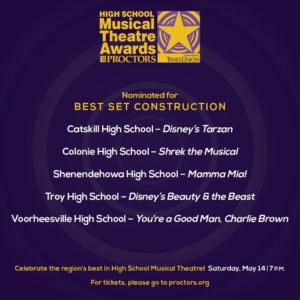 Catskill Drama Club’s production of Disney’s Tarzan received two nominations from the Proctors High School Musical Theatre Awards program! Catskill was nominated for Best Set Construction for our amazing set that was completely painted and decorated by the students of the production. Additionally, Catskill was nominated for Best Musical! Students from the production traveled to Proctors Theatre in Schenectady to perform one of their production numbers from Disney’s Tarzan on the Proctors Theatre’s MainStage as part of  the awards ceremony.

This awards show is similar in format to that of the Tony Awards and took place on May 14. The show kicked off with representatives from each of the 17 schools nominated for an award performing a joint number of “Tonight Belongs to You” from The Prom, followed by welcoming remarks from hosts Philip Morris, CEO of Proctors Collaborative, and Steve Barnes, Senior Writer for the Times Union. As one of the schools nominated for Best Musical, Catskill students also had the honor of performing “Two Worlds,” from their production of Disney’s Tarzan as one of the numbers between award announcements.

Cats Can and Cats Will! 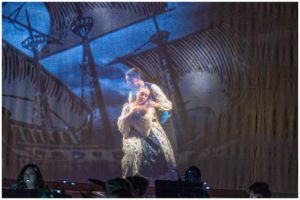 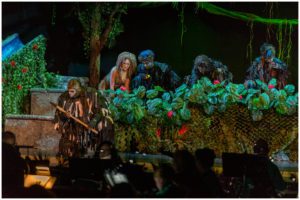 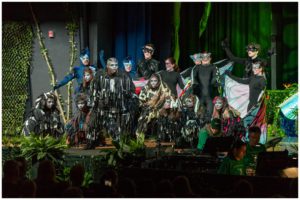 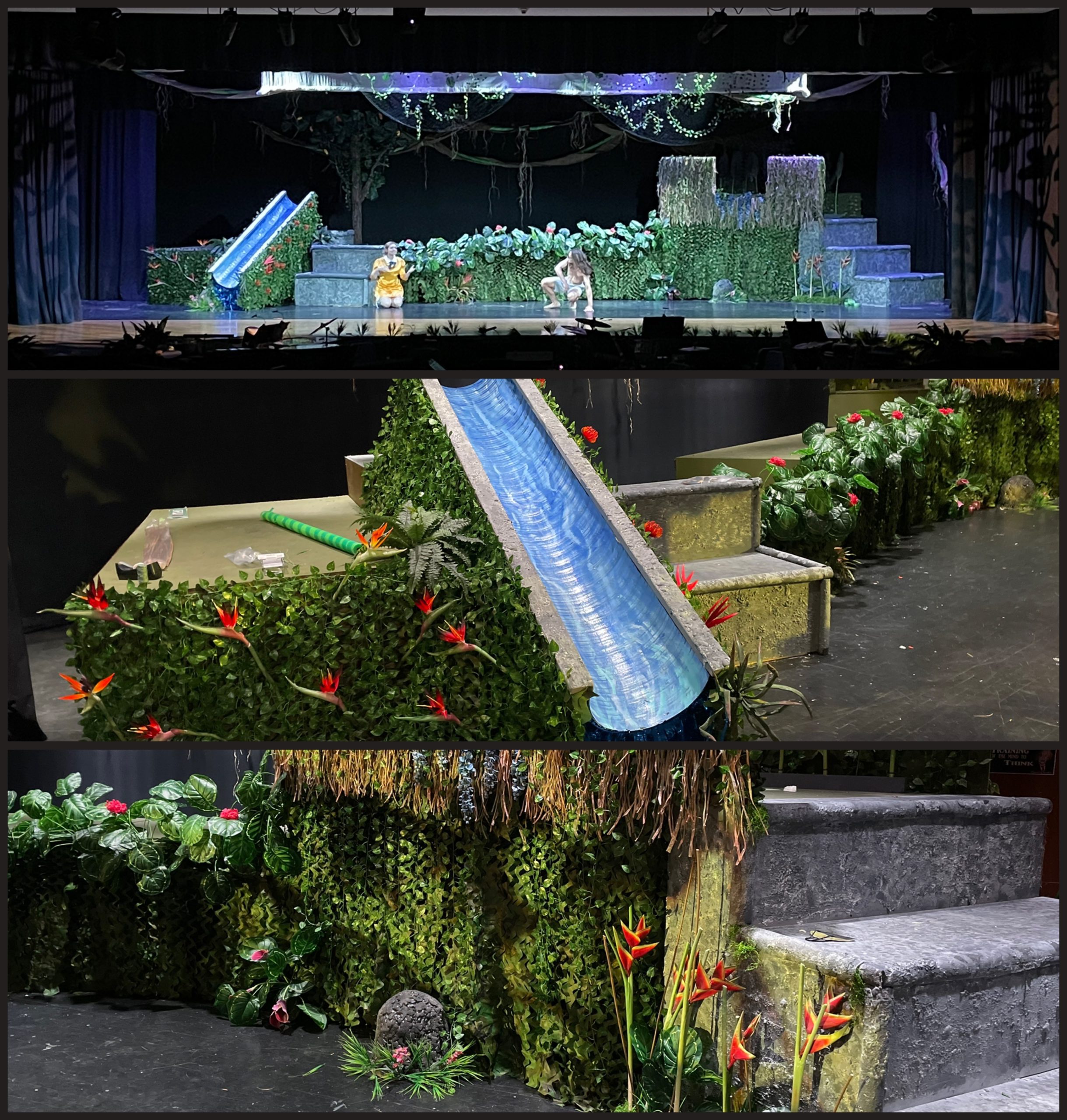